Bill Grainger was just 12 when he saw the magical moment in Newham’s history that changed his life and ignited his passion in the sea.

He was one of 100,000 who witnesses the famous Mauretania become the biggest ship in history to enter the Royal Docks in North Woolwich in 1939, writes Colin Grainger.

Bill , now 90, said: “You could reach out and touch it from our position in the dock. It was, and still is, one of the most incredible things I have ever witnessed. The size of it and the skill of those who got it into the dock took your breath away. We were cheering and clapping.”

Thousands of amazing ships dominated our landscape and lives in the docks but this was arguably the most special. 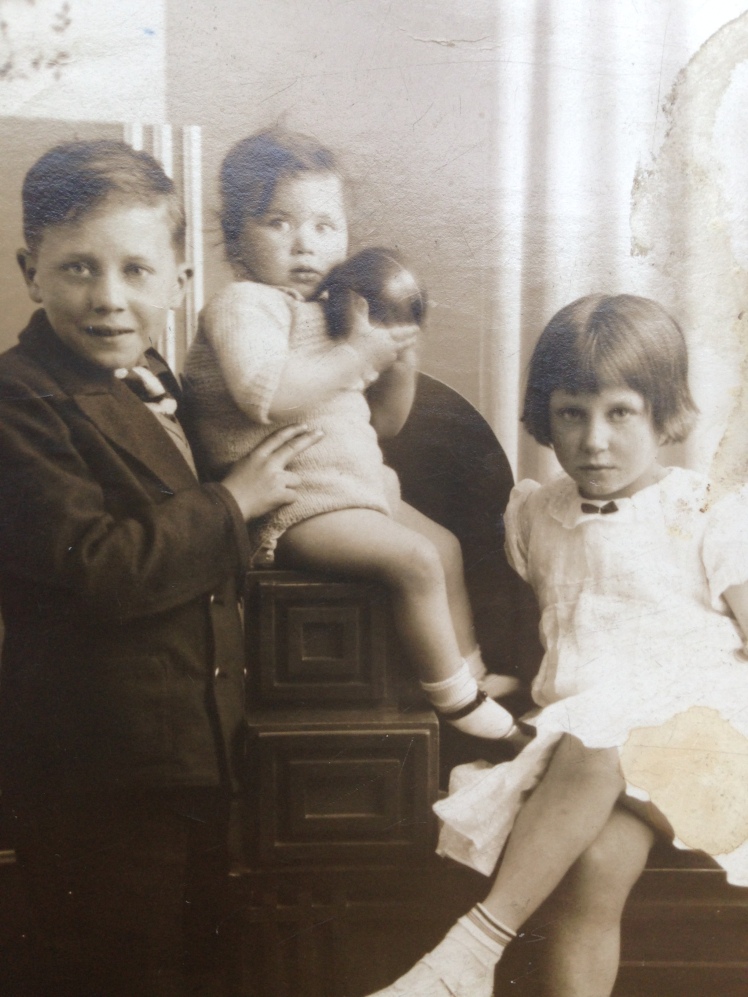 King George V Dock was one of three docks and was built to enhance and extend the trade that was passing though the Royal Victoria and Albert Docks. As the newest of the docks, King George V was well equipped with electric cranes and mechanical devices to aid the dockers.

There were also extensive refrigeration facilities on site. As a result the main goods traded through the docks where fruit and vegetables, frozen meat and later bulk grain.

KGV as it was known by dockers and lockers was designed with modern shipping in mind.

The depth and size of the entrance locks were suitable for the large steam ships, container ships and passenger liners that frequented London in the mid-twentieth century.

The Gallions Reach entrance of King George V Dock was just about large enough to accommodate the 35,655 ton liner Mauretania in 1939.

But it was a close run thing. The thousands present told what a draw the beauty was.

“Word had been going round the community for weeks and excitement built,” said Bill, who now lives in Burnham-on-Crouch. 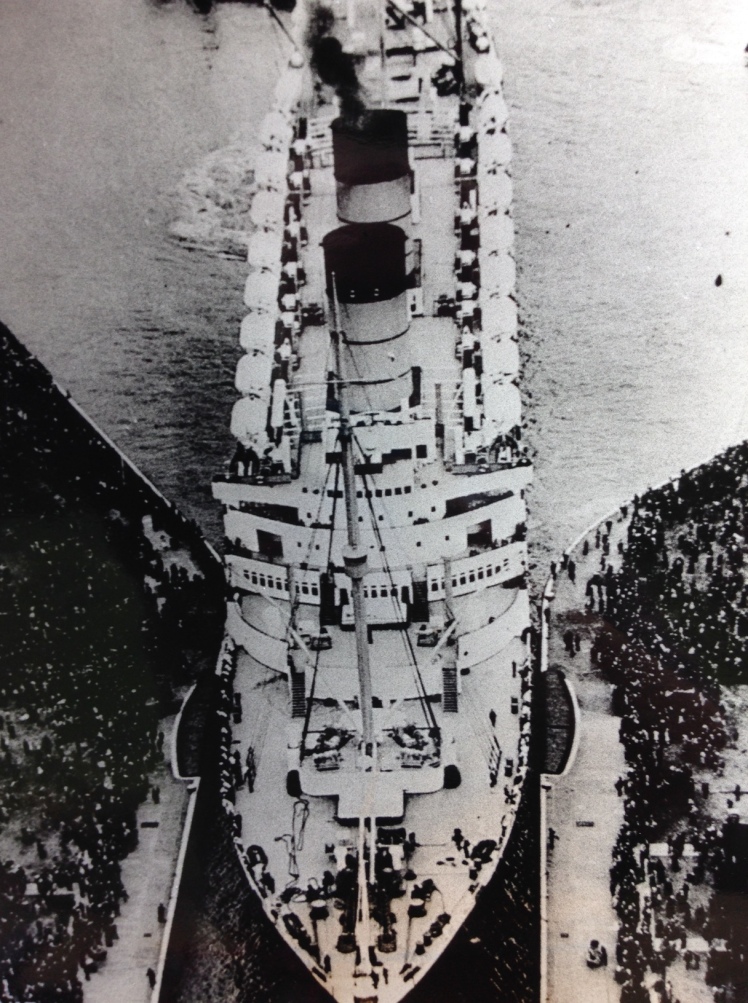 + The giant ship enters the Royal Docks with thousands watching….

Bill was present with father William and mother Emily and sister Joan, who was almost ten at the time and brother David, four, on August 6 1939.

His siblings are now passed but had their own place in the North Woolwich community. Joan worked for many years in the Tate & Lyle factory and David was one of the key workers who created the Thames Flood Barrier, both in Silvertown.

“It was a family day out,” said Bill. The family left from their home in Albert Road, North Woolwich. “I think I was the most excited and had been looking forward to it for what seemed like ages,” said the former Storey Street School pupil.

“We all somehow found a spot to stand and then saw it coming up the River Thames and into the mouth of the dock.”

Bill and his family were on the ‘Harland and Wolff’ side of the dock. The others were on what was known as the ‘Manor Way’ side.

“There were Sun Tugs towing the ship at the bow and others guiding them at the stern, it was so impressive. There seemed to be hardly any space for it to get into the dock.” There were two tugs at the bow of the vessel and three at the stern.

The ship was returning after her maiden voyage to the USA. She was 772 ft long and 89 ft 6ins wide. There was just 5ft to spare on either side of the dock.

It was eye of the needle stuff.

Bill can’t remember if there were sarnies and drinks taken by the family on their day out. “There were no burger vans or drinks vendors in those days. We were just too excited for all that anyway.

“The ropes and guide lines were passed up and down the vessel from the Sun Tugs. They were small vessels but magnificent in their own way. “

Sadly there are no family photos of the day. “We had Box Brownies in those days but we never took pictures.”

The famous bascule bridge which was raised and lowered for the giant ship. It was a happy use of the bridge, known to generations for creating what was known as a “bridger”. It was the bane of their lives for locals for scores of years, trapping them in their community. But it swung into action on that famous day, allowing the Mauretania to go through into the main dock

The giant of a ship went slowly through without so much as a scrape. It was brilliant work from those on board, the Sun Tug workers and the dockers and those involved with the Port of London Authority. It remains a piece of docks history.  Gaumont British News captured it on a short film, now loving restored.
But the event left a mark on young Bill. Two years later, aged 14, he started work on the Sun Tugs on the Thames. His love affair with the river and sea had begun.

He worked as a cabin boy. Four years later that experience stood him in good sted when he got his call-up papers aged 18.

“We were sent to a building in Barking and it was decided there which of the services you would enter.

“When those on the board heard about my time on the Sun Tugs, I was sent to Chatham in Kent to join the Royal Navy. 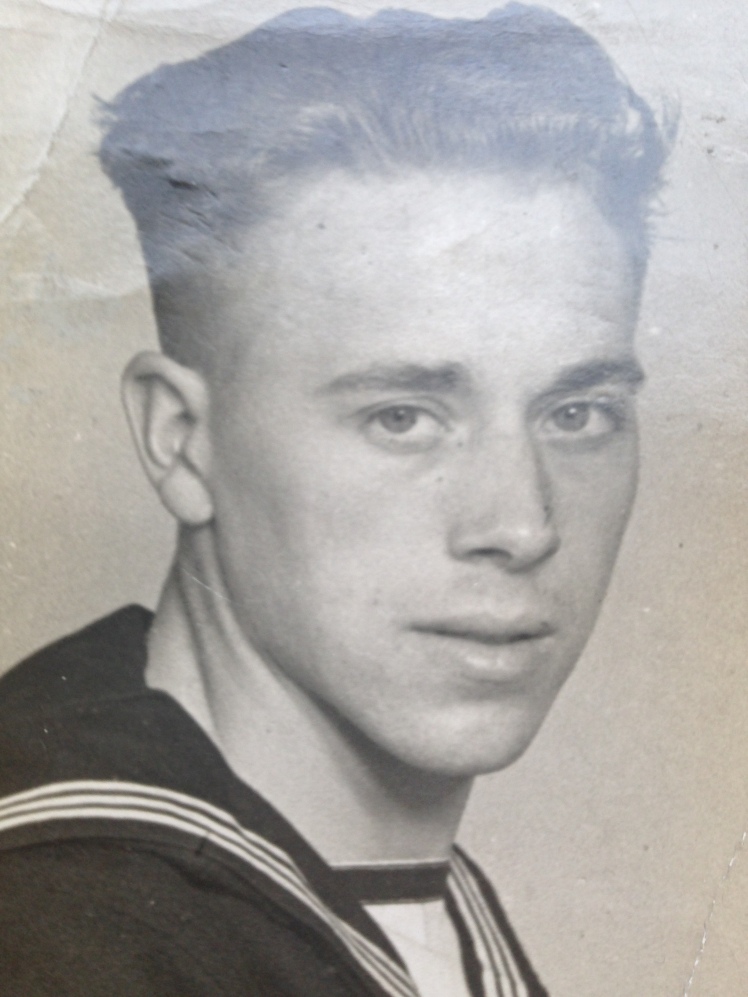 + Bill in his Navy days

“Within a year he had been trained as a stoker and was sent to Bermuda to start work on the HMS Sheffield.

“A cargo ship, full of GI Brides going to America to join their loved ones,took us to Bermuda,” said Bill, who still has his stoker paperwork..

“It was another incredible experience. We all grew up with the docks as a central part of our lives. But that day watching the White Star Line’s Mauretania was so special.”

In later life there was another link to the special vessel. Bill’s second wife of 30 years, Hazel had a connection to the vessel he only recently discovered. Her brother-in-law Ron Budge was second chef and baker on the Mauretania.

Said Bill: “It is still as etched in my mind today as it was those 79 years ago.”